The DJ David Guetta will bring his ¨Big Show´ of the summer in Spain to Benidorm on 6th August.

The French DJ, David Guetta, musical ambassador for the European football championships 2016 will perform in Benidorm on 6th August in his special ´Big Show´in Spain during the summer.

The concert´s confirmation is good, as well as important news not only for the followers of David Guetta but also for Benidorm, for the international repercussion that this great event is going to have, taking place just a month after the European football championships whose official song will be produced by the French DJ

A highligh is the spectacularly powerful light and sound show that Guetta displays in each one of his performances and also that his ´Big Show´has been completely revamped for the new tour, while he has insisted on projecting this event  for Benidorm in the media as well as the social networks, which account for over 55 million followers on Facebook and 19.4 million on Twitter.

The first 1,000 tickets are going on sale this Thursday at 12.00 h a promotional price of 29 euros on the official Facebook of the event – David Guetta Benidorm – and on the website www.benidormsound.com. In the following days and once the promotional tickets have been sold out, a new batch of tickets will go on sale at a new price and at more locations where you can buy them in person.

The representative of Benidorm Sound has indicated that the show will last nearly eight hours, and that besides the performance of Guetta there is also a programme of another three ´top level´ DJ´s who ´ will work with him´. The event starts at 20.00 hrs and will continue until about 03.30 hrs at the football stadium Guillemo Amor . 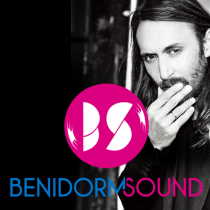 Send me an email